Kane Biotech was formed in 2001, as a discovery and development company focused on novel technologies that prevent and disperse bacterial biofilms. Kane has worked to translate these discoveries into innovative solutions for animal and human conditions impacted by biofilms. DermaKB™ products are envisioned, tested, and produced by Kane Biotech, located in Winnipeg, Canada.

Here is a recent testimonial from Rina Grasman, who purchased a DermaKB™ Starter Pack and saw immediate results. At 71, Rina had suffered with an itchy, dry scalp and dandruff problems for over 20 years before finding DermaKB™. 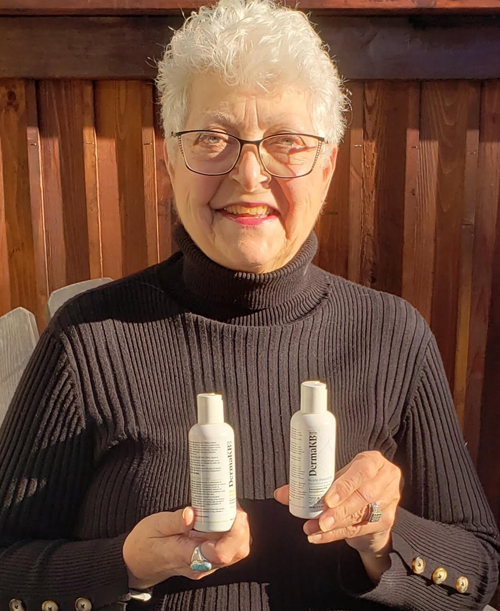 “I saw an ad for DermaKB shampoo on Instagram. I was a bit skeptical at first. I thought it would just be another product that didn’t do what it said it would do. But I read a couple of positive reviews and after seeing the price for the Starter Kit, thought what did I have to lose, so I ordered it.

I actually went and washed my hair right away. Later that day I thought something felt different and I realized I wasn’t scratching my scalp anymore. I was literally gobsmacked. There was no way it could be working that quick, but it was. That was pretty significant.

I had instant, instant results. The itching stopped almost immediately. And the additional benefits I noticed a few weeks later were that my scalp dryness was reduced, and I didn’t have the amount of dandruff I had before. My scalp feels nice and clean. And I don’t notice any negative impact on my hair quality or anything. It just feels nice.

I’ve known other people with severe skin conditions or breakouts, and it just kind of sucks the life out of them.

You’d think a medical professional could solve their problems, but they haven’t been able to. I think it’s important for people to really understand biofilms, how they make skin and scalp conditions tough to fight against, and how they can get rid of them. DermaKB is the only shampoo I’ve found that works.

I can’t give high enough marks to Kane Biotech. And I love that they’re a Canadian company. When you have this kind of results so quickly, it’s like, wow! For me, personally, it’s been amazing.” 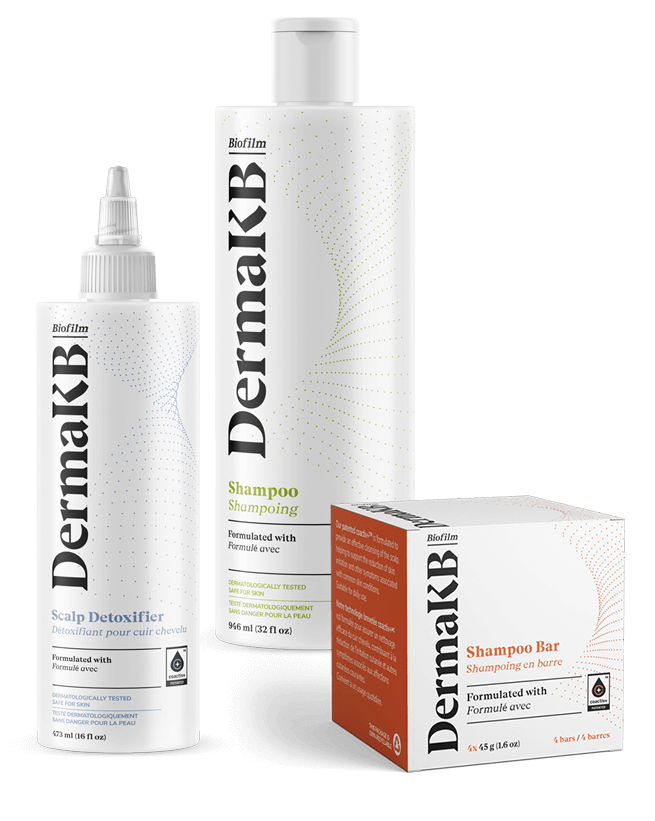 Kane Dermatology launched a shampoo, shampoo bar and scalp detoxifier under the DermaKB™ brand in 2020, as the first products in their new skin care line. The products are sold direct-to-consumer through Amazon and Kane’s online commerce site: www.dermakb.com.