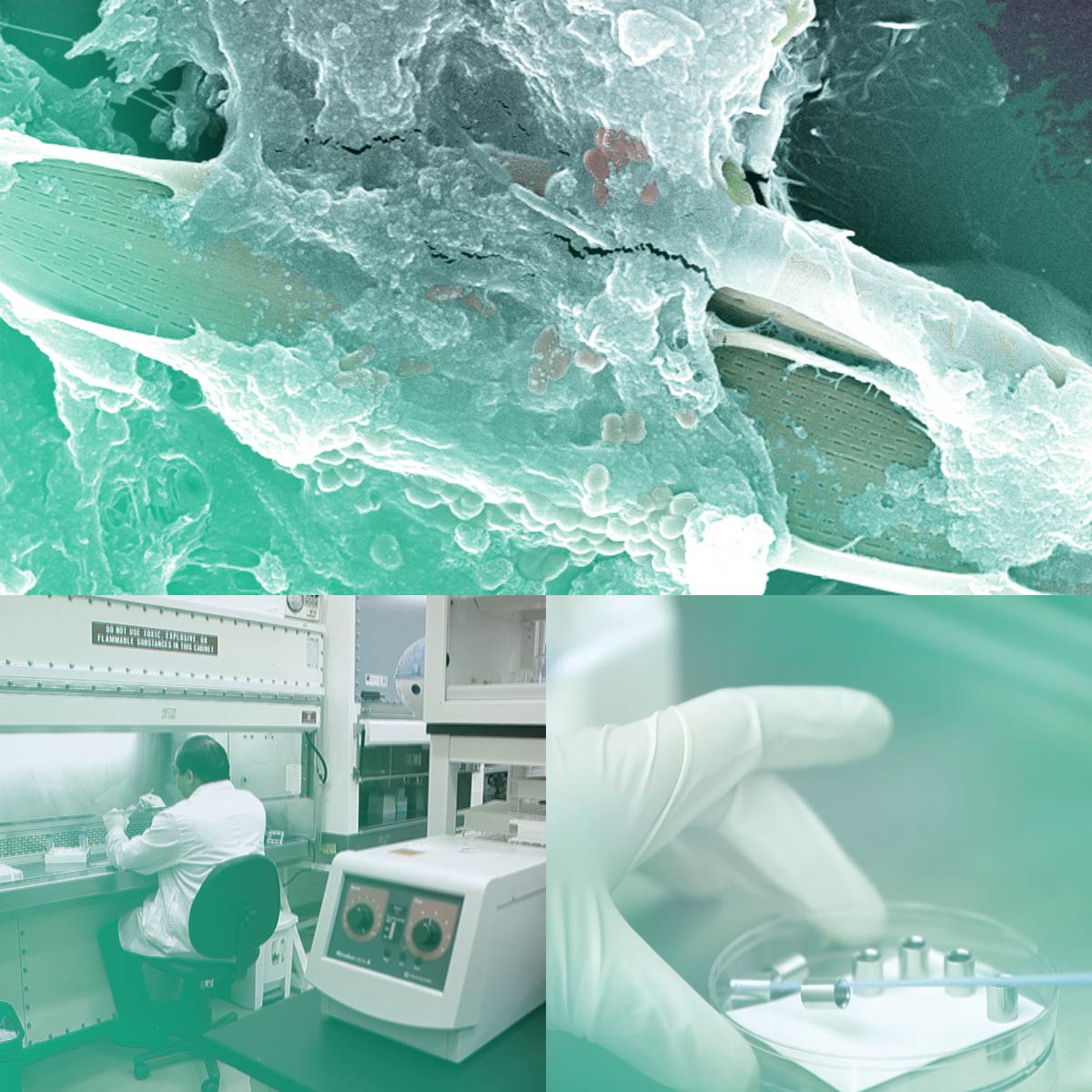 With 81 patents and patents pending, Kane Biotech is a leader in biofilm research. Kane has laboratory and clinical evidence that these technologies have the potential to significantly improve the ability to prevent and destroy biofilms.

Kane Biotech has a growing pipeline of technologies based on their ongoing research on biofilm formation and how this process can be disrupted. Kane is committed to developing products to meet the demand for safe and effective anti-biofilm compounds for a variety of industries and applications.

Kane Biotech is a leader in biofilm intellectual property, protected technologies based on molecular mechanisms of biofilm formation and dispersal, and methods for finding components that inhibit or disrupt biofilms.

Biofilms are pervasive and represent the most prevalent bacterial mode of growth. They form on living and non-living surfaces and can be found in natural, industrial, and healthcare settings.

It was not until the 1990s that the elaborate organization of attached bacteria was appreciated. Research on biofilms has progressed rapidly in the last decade. Due to the fact that bacterial biofilms can cause multidisciplinary problems, and studies of biofilms have required the development of new analytical tools, many recent advances have resulted from collaborations between microbial ecologists, environmental engineers and mathematicians.

These efforts have led to the current definition of microbial biofilms as “a structured community of microbial cells enclosed in a self-produced polymeric matrix and adherent to an inert or living surface.”

Biofilms can be comprised of single or multiple microbial species. Although mixed-species biofilms predominate in most environments, single-species biofilms exist in a variety of infections and on the surface of medical implants.

Biofilms exhibit a mode of growth that allows survival in a hostile environment. The structures biofilms form contain channels in which nutrients can circulate, and cells in different regions of biofilms exhibit different patterns of gene expression. These biofilm communities can rapidly multiply and disperse. In this light, it is not surprising a considerable number of chronic bacterial infections involve biofilms.

New understandings of how biofilms develop and propagate suggest ideas for preventing and eliminating them. Standard antibiotics often fail because they do not penetrate biofilms fully or do not kill bacteria of all species or metabolic states when protected in a biofilm.