The History of Wounds: From Early Humans to Modern Technologies

It is fascinating to think of how the earliest humans learned how to treat wounds, as the earliest historical evidence dates back as far back as 2200 BC with a clay tablet that bears three images of a wound being washed, a plaster of mud or clay being made, and of a bandage being placed on the wound. The plaster often contained specific oils, to help protect the wound from infection which could result in the loss of limb or life. 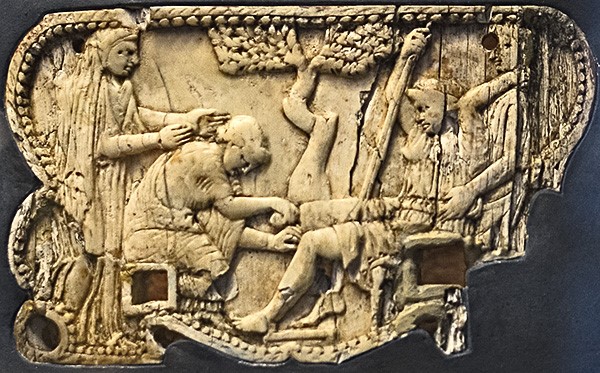 During the Greco-Roman era, plasters were extremely common as a wound treatment. Interestingly, the word “plasters” is still used today in Britain to describe what we refer to as a “band-aid”, or adhesive for a wound. Artworks by Greek painters reflect images of wounds and coverings on vases, and in Roman paintings and sculptures depicting everyday life in ancient art. It was common in the Greco-Roman world to depict scenes of battle and death, showing bandages, wounds, and even the weapon used to inflict the injury.

The Greco-Roman era resulted in expanded knowledge of wounds as soldiers often experienced a higher rate of survival in battle than opponents, especially as they understood the importance of basic hygiene, with the wealthy citizens often hiring their own personal physician.

As civilizations evolved, wound treatments expanded, and new solutions to treat wounds were discovered. Beer was popularly used in Mesopotamian culture, to treat an injury. The Egyptians are credited with the first use of honey to protect against bacteria, with honey also being used by early cultures found in India. 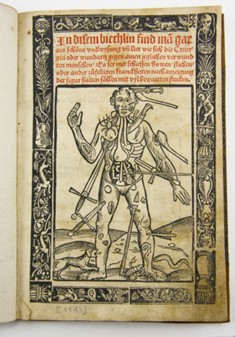 Throughout the Middle Ages, potions, spells, and the supernatural often replaced the traditional treatment of wounds. Medieval medicine was predicated on the four elements (earth, air, fire, and water) and the four bodily humours (black bile, yellow bile, phlegm and blood). The theory was to place the humors in balance and allow the body to heal itself. If you were fortunate enough to have access to a trained physician, they might clean the wound with astringents such as vinegar, wine that had been boiled, or urine. A poultice would then be applied to protect the wound while it healed, and the poultice might be made from bread or honey, or dung.

With the onset of the musket and other technological advances in warfare, the need for surgical care grew exponentially. In fact, tetanus and tissue infections led to massive casualties in soldiers during battle, and amputations commonly resulted in infection.

When Johnson & Johnson began manufacturing the BAND-AID® in 1921, comprised of gauze and sterilized wound dressings, it was a monumental advancement in wound and surgical care. This same type of dressing continues to be popular even today for minor cuts or burns.

Continued innovation has led to over 5,000 wound care products available on the market today designed to prevent infection, promote healing, and treat an infection. However, it has only been in recent years that new products have set themselves apart from traditional wound and surgical care. Kane is a biotech company that is leading the next generation of wound and surgical care technologies. 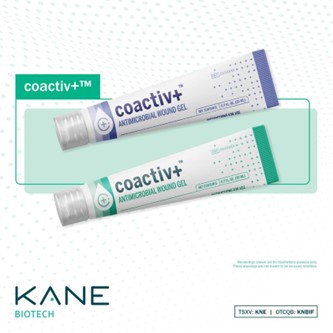 The coactiv+™ Antimicrobial Hydrogel is a combination of Kane’s patented coactiv+™ antibiofilm technology and PHMB in a thermo-reversible gel. The combination of these three components provides for a moist environment best suited for wound healing, with superior anti-microbial activity in an easy-to-use thermo-reversible gelling system that is optimized for sensitive wounds. The Company aims to make the wound gel accessible to patients, taking into consideration current reimbursement levels under the surgical dressing policy in the U.S. coactiv+™.

When the coactiv+™ Antimicrobial Wound Gel is cooled below 16° C/60° F, it transforms into a liquid state, allowing it to be poured onto a sensitive wound, such as a burn. Once applied, the product will gel within seconds, providing a thick clear coating. It can then be easily rinsed off with cold water.

With 80 patents and patents pending, Kane Biotech is a leader in biofilm research. Kane has laboratory and clinical evidence that these technologies have the potential to significantly improve the ability to prevent and destroy biofilms.